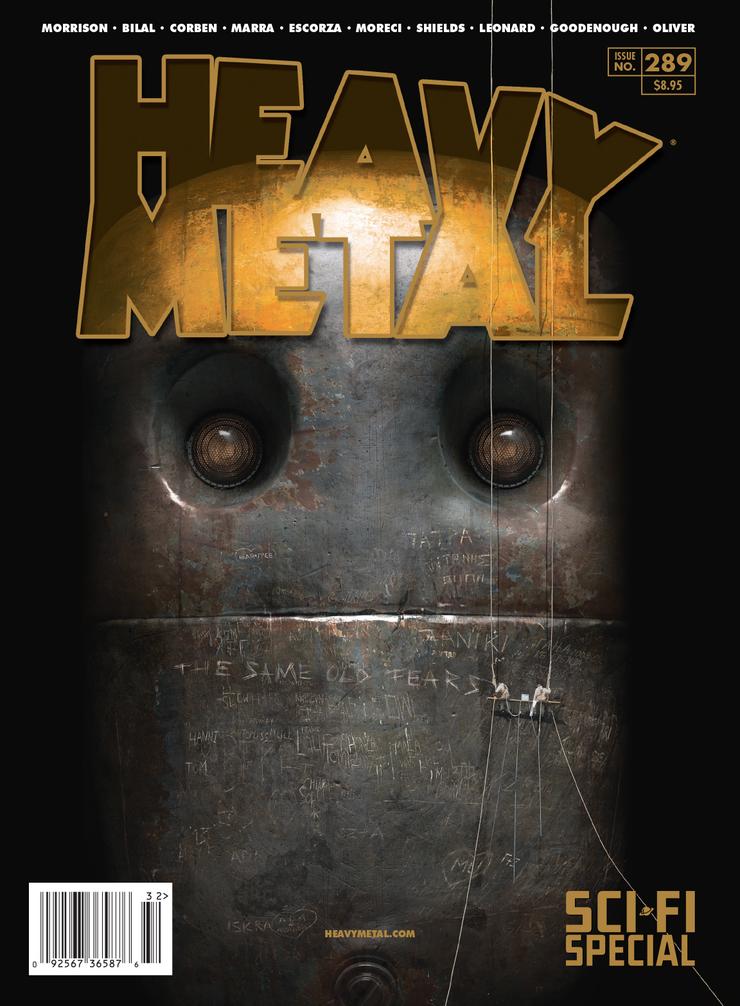 “The same old fears” is an unique artwork made by Igor Posavec and Sven Sauer for the renowned US Art & Illustration Magazine “Heavy Metal”.
It has been published as a signature cover-art for the Issue 289.
“The same old fears” resembles all previous illustrations of SA-PO and illustrates the whole anthology of Machine Dreams serial as as single, final master-piece.
(s. Cover Art on Heavy Metal homepage)

About “Heavy Metal”:
The publication, a science-fiction and fantasy illustrated bimonthly anthology that made its debut in 1977, is known for its provocative covers and mature content. But executives at the magazine felt it had strayed from its roots as a showcase for high-quality avant-garde art.

Founded and staffed by the creators of National Lampoon, the magazine featured original work from artists like H.R. Giger, interviews with Dennis Hopper, John Waters, Francis Ford Coppola, John Carpenter, Roger Corman, and even Federico Fellini; and with musicians like the Eurythmics and Debbie Harry. It ran popular serialized stories, showcased graphic literary adaptations (of Paradise Lost, for example), and published authors like Ray Bradbury, Stephen King, and other heavies. Rock, comics, film, and fiction all got their due in between the magazine’s extravagant pinup covers, many of which inspired the art painted on the side of many a carpeted van in the 70s. (s. descr)